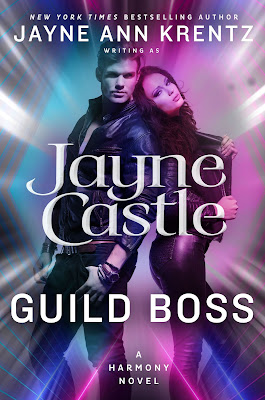 Welcome to Illusion Town on the colony world of Harmony—like Las Vegas on Earth, but way more weird.

Living in this new, alien world doesn’t stop the settlers from trying to re-create what they’ve left behind. Case in point—weddings are still the highlight of any social calendar. But it’s the after-party that turns disastrous for Lucy Bell. Kidnapped and drugged as she leaves the party, she manages to escape—only to find herself lost in the mysterious, alien underground maze of glowing green tunnels beneath Illusion Town. She’s been surviving on determination and cold pizza, scavenged for her by a special dust bunny, when help finally shows up.

Gabriel Jones is the Guild Hunter sent to rescue her, but escaping the underground ruins isn’t the end of her troubles—it’s only the beginning. With no rational reason for her abduction, and her sole witness gone on another assignment for the Guild, whispers start circulating that Lucy made it all up. Soon her life unravels until she has nothing left but her pride. The last thing she expects is for Gabriel Jones to come back to town for her.

The Lucy that Gabriel finds is not the same woman he rescued, the one who looked at him as if he were her hero. This Lucy is sharp, angry, and more than a little cynical—instead of awe, she treats him with extreme caution. But a killer is still hunting her, and there aren’t a lot of options when it comes to heroes. Despite her wariness, Gabriel is also the one person who believes Lucy—after all, he was there. He’s determined to help clear her reputation, no matter what it takes. And as the new Guild Boss, his word is law, even in the lawlessness of Illusion Town.

For years, I've devoured Ms. Castle's works under her Amanda Quick and Jayne Ann Krentz names. and her alias of Amanda Quick. While I enjoy those books, the one Castle book I read years ago didn't appeal to me. But I kept reading her other books and decided to give the Harmony books another chance. It helps that all three of her series are interconnected so there is some shared world building. When this book was offered for review, I jumped at it.
"Guild Boss" was an entertaining story that worked well as a stand alone. There are some Easter eggs if you have read some of the books in the other series but you can read this one by itself. I liked it so much that after I finished reading it the first time, I went to my library and started checking out books in this series in order.
In "Guild Boss", Castle mixes science fiction, paranormal. romance, and mystery. Reading this story reminded me of the problem I had with the first Harmony book I read - the science fiction aspect. I had, and still have, a hard time with the unlikely cultural similarities between future Harmony and present day Earth. Castle does give an explanation; it just doesn't completely work for me. But, if you can overlook that, the story and world building hold up well.
Gabriel rescues Lucy when she gets lost underground. He moves onto the next job and Lucy's world falls apart. She rebuilds it but wants to clear her name and learn the truth about her trip in the green tunnels underground. When Gabriel re-enters Lucy's life, she's not the woman he remembers. He has to re-earn her trust while courting her, starting a new job as the new Guild Boss of the brand new Guild in town, and solve several mysteries, including what happened to Lucy.
With witty banter, suspense, humor, tension, and romance, and an adorable dust bunny, "Guild Boss" was a satisfying and entertaining story.

"I assume you found me because you followed Otis?" Lucy said.
Gabriel took a healthy bite of pizza. "He certainly got my attention."
"How?"
"He approached me in the Dead City ruins near the Storm Zone Wall about an hour ago. I was trying to locate the staircase you might have used to go into the Underworld."
She thought about that for a beat. "You knew where to start the search? Sounds like my message to Veronica got through. Amazing. The kidnappers drugged me at the reception, you know."
"Did they?" Gabriel said, his tone a little too polite.
She knew disbelief when she saw it. She sighed and reminded herself he had no reason to believe her version of events.
"By the time they put me in a cab I was hallucinating wildly," she continued. "When I got out of the cab I was at the edge of the Storm Zone, so I ran for the nearest hole-in-the-wall. I managed to get on my phone long enough to leave a message for my friend Veronica. I knew she was working that night. I only had a few seconds. No time for a detailed message, so I texted my location."
"Storm Zone Wall."
"Right."
"The cops told me that much. They said that when your friend saw the text she didn't know what to make of it at first. She thought maybe you were at an after-party that was being held near the Storm Zone. When she got home in the morning, she realized you hadn't returned. She filed a missing persons report, but the police wanted to wait the usual twenty-four hours before they got serious about opening a case. Evidently your friend insisted they send a search and rescue team into the ruins to start the search immediately."
Lucy smiled. "People, especially men, tend to do what Veronica wants them to do."
“I haven't met the lady, so I'll take your word for it. Your father was notified, and he put pressure on the locals, as well. The result was that after forty-eight hours of searching the ruins and the nearby neighborhoods, the authorities decided they needed outside help. The Cadence Guild was contacted."
"And here you are. I must admit this is pretty damn impressive rescue work."
"I lucked out when Otis showed up with the pizza. He was wearing this around his neck." Gabriel reached into the pocket of his leather jacket and took out a dainty black crystal necklace.
A thrill of relief splashed through Lucy. "That's mine. The bride gave identical necklaces to all of the bridesmaids. After Otis showed up with the first pizza delivery, it occurred to me that someone might notice the necklace and follow him down here. I gave it to him."
Gabriel nodded appreciatively. "It was a good plan. It worked."
"I couldn't think of anything else to do. I was trapped in this room. The kidnappers took my handbag, my wrap, and every piece of nav amber that I had on me. They didn't bother with the necklace, because it wasn't amber. How long have I been gone? I've lost track of time."
"The wedding reception was three nights ago."
Lucy glanced at the stack of empty pizza boxes. There were five of them. "That's what I was estimating. Otis arrived soon after I crashed in this chamber. I've been waiting for the effects of the drug to wear off before trying to follow him back to the surface. But every time I think I'm coming out of the fog, I get hit with another wave of hallucinations. The visions are absolutely unbearable when I get close to the entrance."
From GUILD BOSS published by arrangement with Berkley, an imprint of Penguin Random House LLC. Copyright © 2021 by Jayne Castle. 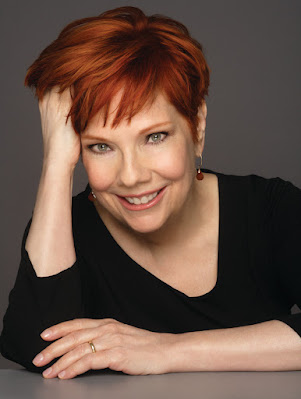