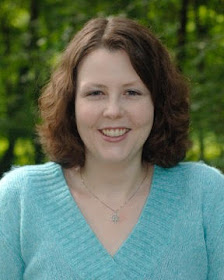 I pushed aside the dangling white velvet bow, ducked down, and shimmied in through the open window, making sure to close it behind me. Then I turned and looked over the room in front of me.

The office was the inner sanctum of Damian Rivera, the mansion’s owner and the first member of the Circle who was on my hit list. Several generations ago, the ancestors of Maria Rivera, Damian’s mother, had made a fortune in coal before selling off their mines and branching out into other areas. Maria herself had been big into real estate, buying and selling property all over Ashland, as well as renovating crumbling old homes that she decked out with all the antique furniture and family heirlooms that she got for a song at estate sales.

Damian had definitely inherited his mother’s flair for decorating and dramatic spaces. The office was enormous, taking up a good chunk of this corner of the mansion. The decidedly masculine area was full of dark brown leather chairs and couches nestled alongside tables covered with all sorts of expensive knickknacks. Porcelain vases, crystal figurines, wooden carvings, stone statues. All perfectly in place and all perfectly highlighted by the three gold-plated chandeliers hanging from the ceiling.

But the centerpiece of the office was the free-standing bar that took up one entire wall, complete with several red padded barstools lined up in front of it. A wide assortment of liquor bottles perched prettily on the wooden shelves behind the brass-railed bar, along with rows of gleaming glassware. I eyed the liquor bottles, recognizing them all as being well out of my price range, but they fit right in with the rest of the luxe furnishings. The air reeked of expensive, floral cologne and even more expensive cigar smoke, adding to the gentlemen’s club feel of Damian’s lair, and I had to wrinkle my nose to hold back a sneeze.

But I wasn’t here to sightsee or gawk at the expensive furnishings, so I moved over to the desk that stood in the back of the room near the window that I’d just slithered through. To my disappointment, the golden wood was spotless, as though it had never been touched, much less actually used, and not so much as a pen or a paper clip littered the gleaming surface. Then again, I shouldn’t have been surprised. Damian Rivera didn’t have to do something as common as work. From what I knew of him, his favorite hobbies were drinking, smoking, shopping for antiques, and flitting from one mistress to the next. Not necessarily in that order. 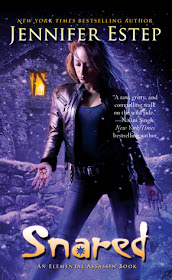 Irony 101—The Spider herself snared in someone else’s web…

Another week, another few clues trickling in about the Circle, the mysterious group that supposedly runs the city’s underworld. Gathering intel on my hidden enemies is a painstaking process, but a more immediate mystery has popped up on my radar: a missing girl.

My search for the girl begins on the mean streets of Ashland, but with all the killers and crooks in this city, I’m not holding out much hope that she’s still alive.

A series of clues leads me down an increasingly dark, dangerous path, and I realize that the missing girl is really just the first thread in this web of evil. As an assassin, I’m used to facing down the worst of the worst, but nothing prepares me for this new, terrifying enemy—one who strikes from the shadows and is determined to make me the next victim.