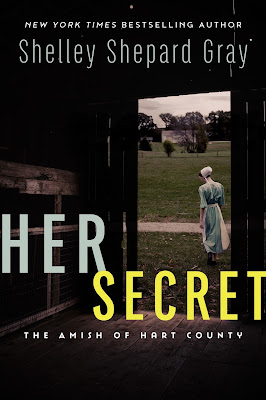 
New York Times and USA Today bestselling author Shelley Shepard Gray begins a new series—The Amish of Hart County—with this suspenseful tale of a young Amish woman who is forced to move to a new town to escape a threatening stalker.

After a stalker went too far, Hannah Hilty and her family had no choice but to leave the bustling Amish community where she grew up. Now she’s getting a fresh start in Hart County, Kentucky…if only she wasn’t too scared to take it. Hannah has become afraid to trust anyone—even Isaac, the friendly Amish man who lives next door. She wonders if she'll ever return to the trusting, easy-going woman she once was.

For Isaac Troyer, the beautiful girl he teasingly called “The Recluse” confuses him like no other. When he learns of her past, he knows he's misjudged her. However, he also understands the importance of being grateful for God’s gifts, and wonders if they will ever have anything in common. But as Hannah and Isaac slowly grow closer, they realize that there’s always more to someone than meets the eye.

Just as Hannah is finally settling into her new life, and perhaps finding a new love, more secrets are revealed and tragedy strikes. Now Hannah must decide if she should run again or dare to fight for the future she has found in Hart County.

I am a total sucker for Amish romances. They are usually just so sweet that I find them relaxing without some of the drama that comes with traditional romances. I follow Ms Gray on Facebook. When this tour showed up in my inbox, I squealed with happiness.

Poor Hannah, she was so sweet and made a mistake a few years ago by trusting the wrong guy. We have all done that at some point in our lives. Unfortunately, this guy didn’t take the hint and began stalking her. This is hard for any woman but for a young Amish girl, it was really traumatic. Her whole family moved and just when she is starting to find herself again, the stalker finds her.

This story sucked me right in. I felt sorry for Hannah but, there were times, I also wanted to smack her. She was feeling a little too sorry for herself and felt everyone hated her for the move. Thankfully those moments were short lived once she started getting out, making friends and seeing Isaac. He was a bit of a jerk the first time they met but he redeemed himself fairly quickly. He is such a sweet guy and really sticks up for Hannah, tries to make her feel safe and in true Amish fashion, he doesn't rush things.

I really liked this book. The story had a little more suspense than I am used to in Amish romances but it was a good thing. I loved a little suspense along with a sweet romance. Hannah and her family seemed like they belonged to a more liberal community than some other stories I have enjoyed in the past. I would have loved to gotten deeper into their community. I am fascinated by the Amish way of life. Overall the story is a sweet romance with lots of secrets but I was able to get lost in it. It is definitely finding a place on my bookshelf. I am looking forward to the next book in the series. 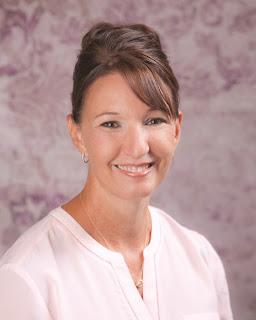 Shelley Shepard Gray is a New York Times and USA Today bestselling author, a finalist for the American Christian Fiction Writers prestigious Carol Award, and a two-time HOLT Medallion winner. She lives in southern Ohio, where she writes full-time, bakes too much, and can often be found walking her dachshunds on her town’s bike trail.

​This is a rafflecopter giveaway hosted by Partners in Crime Virtual Book Tours for Shelley Shepard Gray and HarperCollins Publishers. There will be 2 winners of one (1) Amazon.com Gift Card. The giveaway begins on April 15th and runs through May 2nd, 2017. This giveaway is for US residents only. Void where prohibited by law.